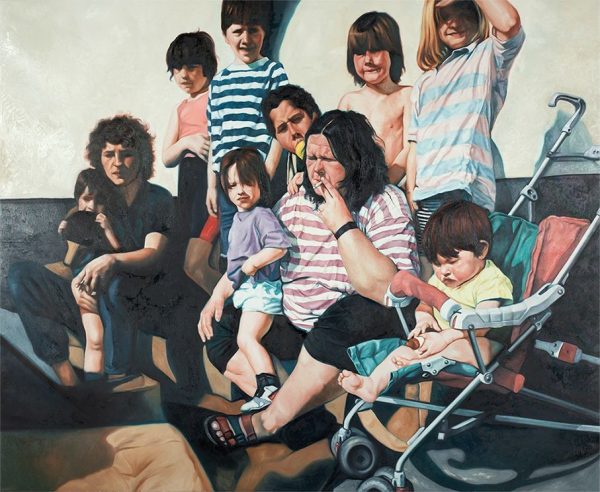 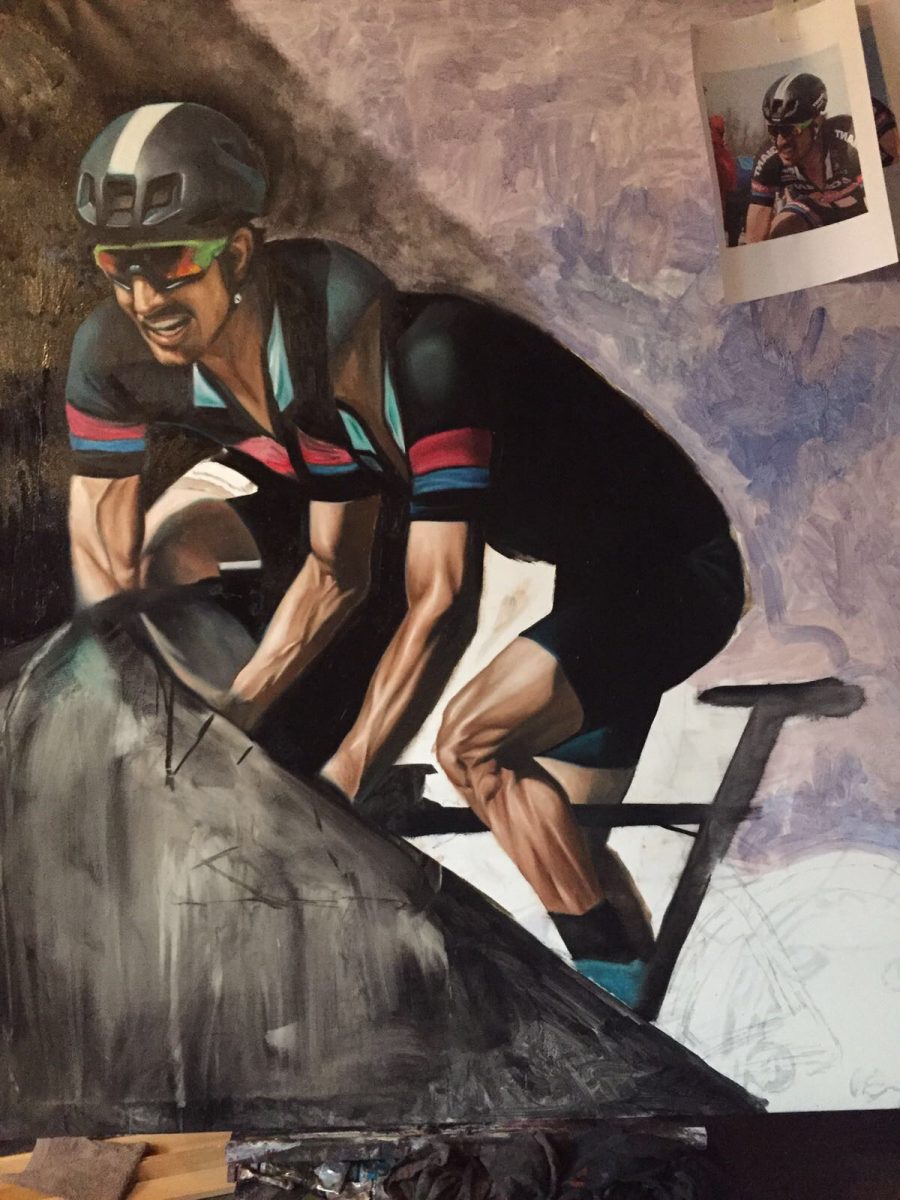 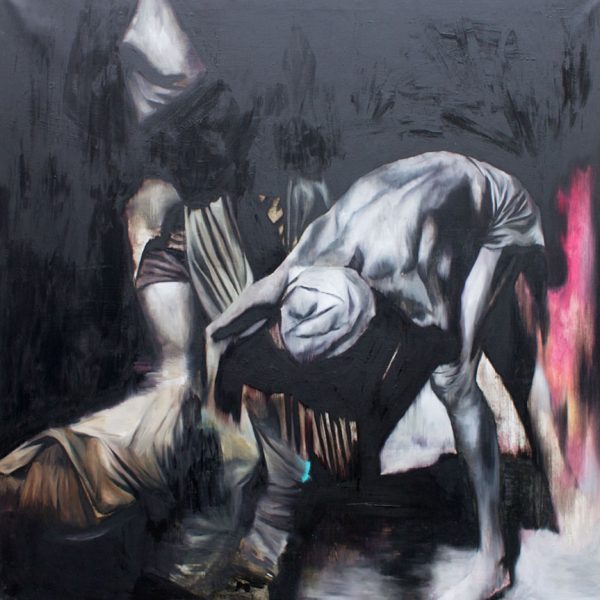 Nebil spent his youth in small town Southern Hesse. Strongly influenced by the counter-culture of the nineties, the son of Eritrean immigrants became an apprentice to a sculptor at the age of sixteen. A large part of his early professional work was spent as an illustrator for the entertainment industry. In recent years, Nebil, who now lives and works in Frankfurt am Main, has been focusing exclusively on his artistic creations. His pictures have their origins in the reservoir of image material on the internet. It is a projection surface that illustrates how information in the age of the internet is transmitted. With the bicycle, the artist, who was born in 1987, processes one of his great passions.

Who is Nebil, where does he come from, and why does he do what he does today?
I’m the son of Eritrean immigrants, in other words, the offspring of those who are defining today’s public discourse. I grew up in Southern Hesse and the small town idyll is definitely an important reason why I started making art. Even when I was very young, the counterculture of the nineties had a strong influence on me. Death Metal and Heavy Rock played an enormous role in my socialization.
In my artistic work, I invite the observer to question the relationship between the subject and atmospheric language. My works are formed from found image material. A projection screen of the sensory overload in the age of the internet. These photographs are pieced together on the computer into collages, that is, new photographs, and then, in a traditional process, transferred to oil on canvas. In the 21st Century it’s the only option to legitimize an antique handcraft.

What will you show at the Fahrradschau?
Part of the works deal with the iconography of the sport, that is, the interpretation of cycling as a cultural phenomenon – to understand cycling as a form of social communication. The second part of my work dissects the intensity and dynamic inside the peloton.

What is your very personal connection to cycling?
I’ve been practicing the sport for two years and have been consumed by a lifelong love ever since.

Nebil can be seen with selected works at the Berliner Fahrradschau.