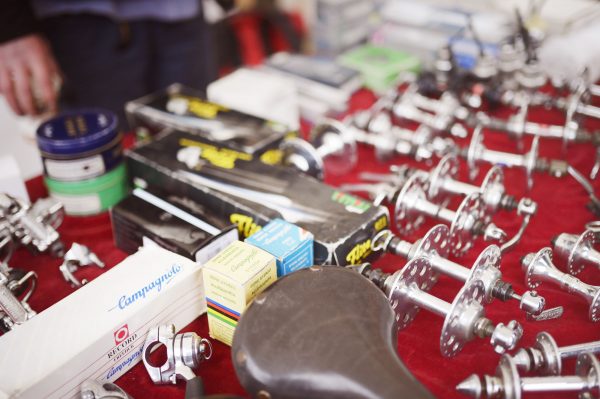 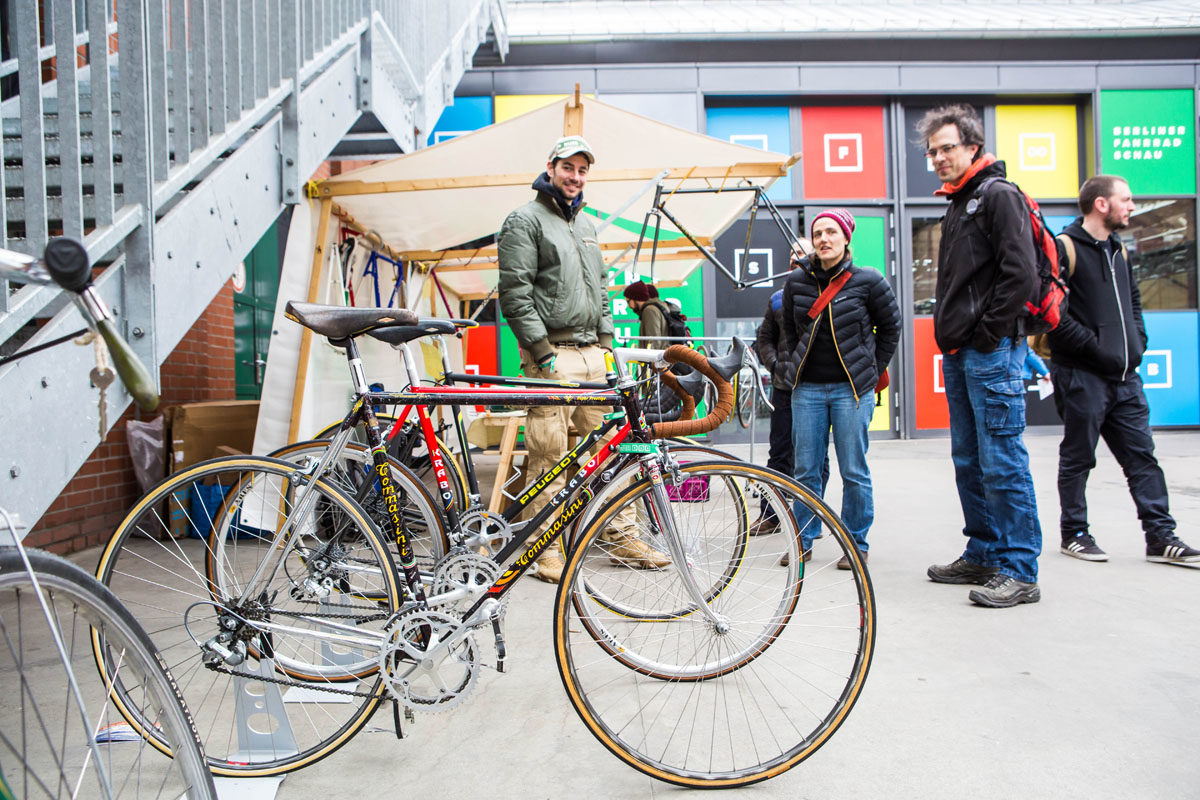 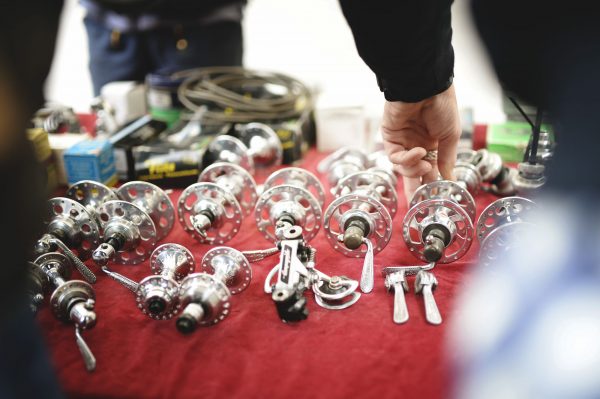 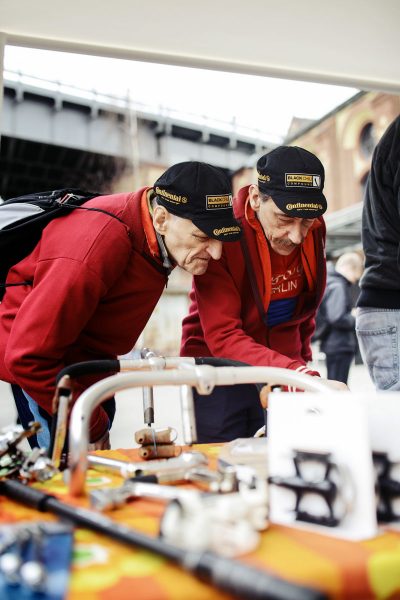 What do too much gin & tonic and techno-style bike shoes have to do with a passion for collecting? This year, for the third time, the Classic Bicycle Market takes place during Berlin Bicycle Week. The bicycle flea market promises to attract a big crowd at the site of the STATION with passionate collectors heading to Berlin from all over Europe. Behind this family gathering for enthusiasts are Lena and Dirk, aka Used Fun. Their motto: “Put used fun between your legs”. They assure us that you can experience some interesting things at flea markets…

Who are you and how did you come to organize the flea markets?

We – Lena and Dirk – are two former bicycle couriers from Berlin. As a bike courier, you’re inevitably always buying and selling bicycles and parts, either because they’ve worn out or have proven to be unsuitable for the daily routine. In addition, with us there’s also a special passion for the work materials and for bicycles in general. Over the years, huge amounts of materials accumulate, because – and we’re being honest here – buying is just so much easier than selling. And when you sell, then please to someone who can distinguish clearly between treasures and junk. And it became evident to us quite fast that we couldn’t be the only ones on this planet to follow this dictum and so the idea was born to start this flea market for and with friends who get a thrill out of collecting.

Do you collect vintage bikes yourselves?

Why should visitors come to the flea market – what will they find there that they won’t find anywhere else?

Visitors should come to the flea market if they’re looking for parts and bikes of any kind. Anything from bargains for a long sought-after standard part to rare and exclusive collectors’ items. Then something always comes up that you never even knew about, that you absolutely must have! And the fact that all of this takes place with illustrious and nerdy company, already makes it a small highlight for many.

Lena once had a pair of retro mountainbike shoes with a techno look that a tall beanpole of a guy was interested in. He walked around the flea market the whole day long wearing them because he found the things so chic that he actually tried to force his feet into them despite the fact that they were three sizes too small for him. In the end, he decided against buying them for the good of his feet. Since then, Lena has brought the shoes with her to every flea market and each time, he gazes at them longingly and each time, she turns down anyone else who expresses an interest in them and this time (at the Berliner Fahrradschau), the time has come for Lena to simply hands the shoes over to him, because now they have a good story to carry around.

Do you have any funny anecdotes?

Dirk once tried unsuccessfully to get rid of some unused Campanolo Atlanta wheels. As night approached, and the alcohol level rose, someone told a young woman that the wheels were leftovers and she could take the parts home for free. The unwitting woman took note and did as she was told, while Dirk was squinting at his third gin & tonic. It was a big shock, after the fourth, as he started to meander toward home and noticed the loss. The whole team suffered together in sympathy a whole week long for the sad loss, until the woman unexpectedly contacted us and then, of course, we celebrated together. In the end, our briefly shaken faith in our “fellow human beings” was firmly restored, that good deeds and fair play can still be found today. And this is beautiful, funny, and, probably unfortunately, exceptional.

The beautiful thing about it is that we’ve been doing the flea market now for two and a half years and a really nice community has formed that keeps returning, and it’s a group that’s also in contact during the entire time between the markets to help in searching for a special part. Besides that, there are several specialists who travel from Hamburg, Hannover or Munich to sell things at our flea market and see old friends again.

The Classic Bicycle Market takes place Sunday, March 5 starting at 10 am on the grounds of the Berliner Fahrradschau. Further information for stand booking: www.usedfun.de